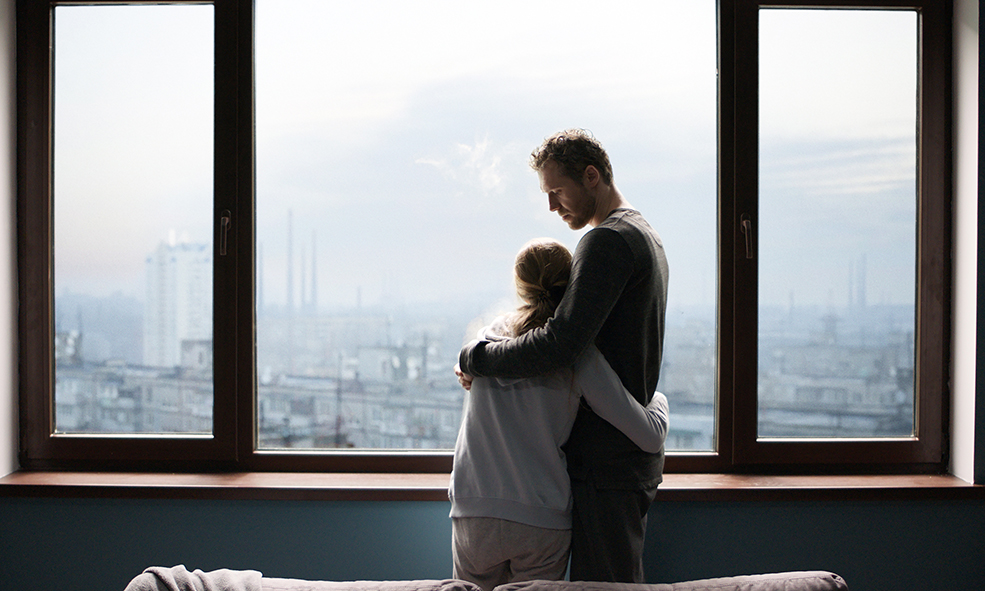 Valentyn Vasyanovych is the pre-eminent 51-year-old Ukrainian film director whose groundbreaking 2017 film Black Level was selected as the Ukrainian entry for the Best Foreign Language Film at the 90th Oscar Academy Awards. Like his outstanding peers in the arts, writer Julia Tymoshenko and artist Olia Fedorova, just getting to next Oscar season, let alone the Cannes Film Festival, in one piece (as Russian bombing continues) with his latest film Reflection, about the human condition in his homeland, is all that’s on his mind. An uneasy journey into darkness, Hebbonair felt obliged to ask the difficult questions.

AT: In your previous film, Atlantis, the roles were played by [unprofessional] actors, mostly veterans, volunteers, and soldiers. Tell me about the casting for the new film, how was it different, and will your next film be about the huge struggle of the past 200 days?

VV: Indeed, only non-professional actors were involved in Atlantis. It was important to me that the heroes of the film have combat experience, and besides would be my consultants. Thanks to the joint work on the scenes, we got believable stories that resemble a documentary, which remains relevant to this day.

In the new film, Reflection, the situation was different. The characters of this film are much more dynamic and complex with a greater emotional range. So, it was decided to search among professional actors. I chose the leading character even before the casting, as well as the leading character’s daughter. We only had to find the rest of the cast to accompany them.

The story of my next film will take place in Kyiv during the war. It will be a tragicomedy about the main character’s sincere efforts to be useful during the war, but all his attempts will end in failure. It will be a story about separated families, about children growing up, and old parents passing away. About the difficulty of understanding the events happening around a person during the war.

AT: Is cinema the main way for Ukraine to communicate with the rest of the world? Culture, people, and now the war?

VV: Auteur cinema is a powerful channel of communication with the world. Participation in Venice, Cannes, Berlin, and other festivals gives an auteur the opportunity to instantly spread his or her message to the whole world. To attract attention through film and media, and sometimes to change the opinion of many people about certain events in a short period of time. This is what happened to Atlantis and Reflection. After the premiere of Atlantis at the Venice Film Festival, the media and audiences stopped using the phrase “internal conflict in Ukraine” and instead started saying “Russia’s war against Ukraine.”

The film Reflection is about the torture of Ukrainian prisoners of war and the difficult adaptation after their return. To date, we have heroes of Azov who, after being captured, spent a lot of time in inhumane conditions. Some of the survivors recently returned home. Ahead of them is an incredibly difficult period of returning to normal life.

AT: Will the State Film Agency of Ukraine be able to continue working? Will you attend Cannes in 2023 as well as the Agency representatives?

VV: I am not sure that the film production process will resume in Ukraine in the following couple of years. This is a tragedy for a lot of people in the industry. Of course, some projects will get financed thanks to the help from European funds and private support, but unfortunately, full-scale production is not expected. The state budget set for next year will be enough only for the basic functioning of the State Film Agency and for the completion of several projects that have already been launched.

Although I believe that it is necessary to increase the expenditure on film production several times fold, in order to create a large amount of different content to draw attention to Ukraine during the war. I am convinced that these investments would be effective in forming a positive image of Ukraine as a European state with a developed culture.

The thesis that has often been attributed to Churchill, that arts funding is essential during times of war, is not shared in Ukraine.

AT: Would you like to play Zelensky in a cameo role?

VV: No, but I think that Zelensky will have the opportunity to play himself after the end of the war. He came to politics from the show business related to film, and he will eventually go back, along with his entourage.

AT: In your new film, the protagonist is captured by the Russian military in the conflict zone in eastern Ukraine and, while in captivity, is subjected to horrific scenes of humiliation, violence, and indifference to human life. After his release, he returns to his cozy middle-class apartment and tries to find purpose in life by rebuilding his relationship with his daughter and ex-wife. Tell us about the problems of assimilation and PTSD?

VV: In both Atlantis and Reflection, the subject of the trauma received in the war is featured. The difference lies in the different personalities of the protagonists and in different circumstances.

In Reflection, the leading character is a chief surgeon, a civilian who gets captured and eventually sent to a concentration camp. He witnesses terrible things and even commits an act that can be interpreted as an act of mercy, or vice versa, as a crime: the murder of a close person. With this burden he returns home. He tries to hold on to his daughter and ex-wife, but the experienced trauma drags him down to the bottom. It seems that the protagonist understands that he will never be able to live a normal life and deliberately approaches death.

The issue of rehabilitation of people with PTSD has indeed remained a problem since the beginning of the war. Of course, they are trying to solve it, but things are going extremely slowly. Rehabilitation centers exist, but with the beginning of the full-scale war, their number cannot increase proportionately in the absence of the necessary funding.

If a person with PTSD is not provided with timely qualified help, such a person will personally destroy his or her life. Such a person would destroy fruitful relationships, own health, and ultimately him- or herself. Many people who return from war cannot integrate into peaceful life and are forced to return to war again, where they feel comfortable and feel supported by the people around them. In war, they know exactly who is a friend and who is an enemy. In peaceful life, everything is blurred and ambiguous, it is difficult to find a point of support.

In both films, the protagonists try to go back to life with the help of a woman who can structure the chaos and revive the world.

You may also like to read director Pedro Almodóvar talking about the influence of his mother and the strong female presence in his films. 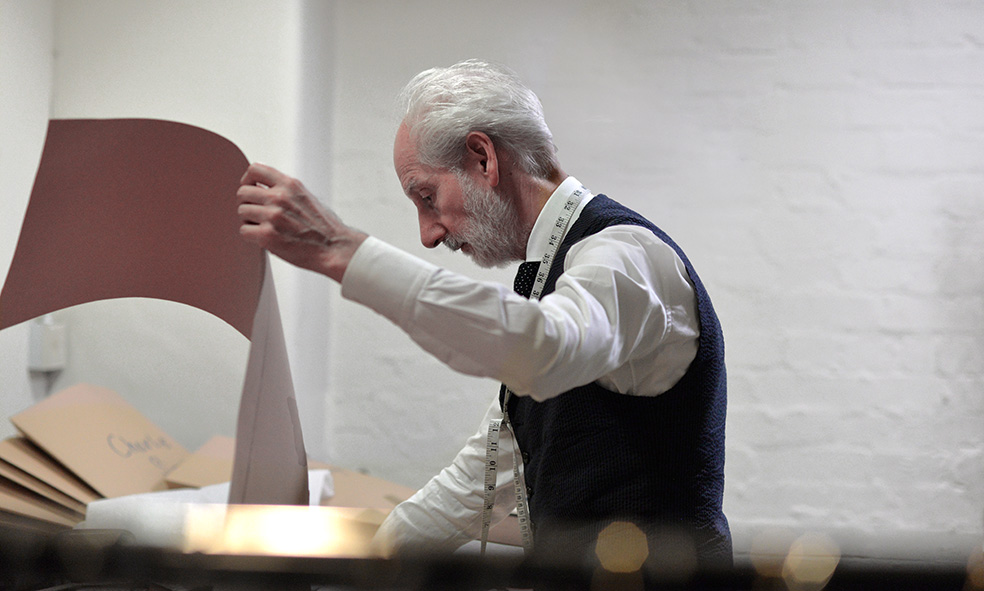 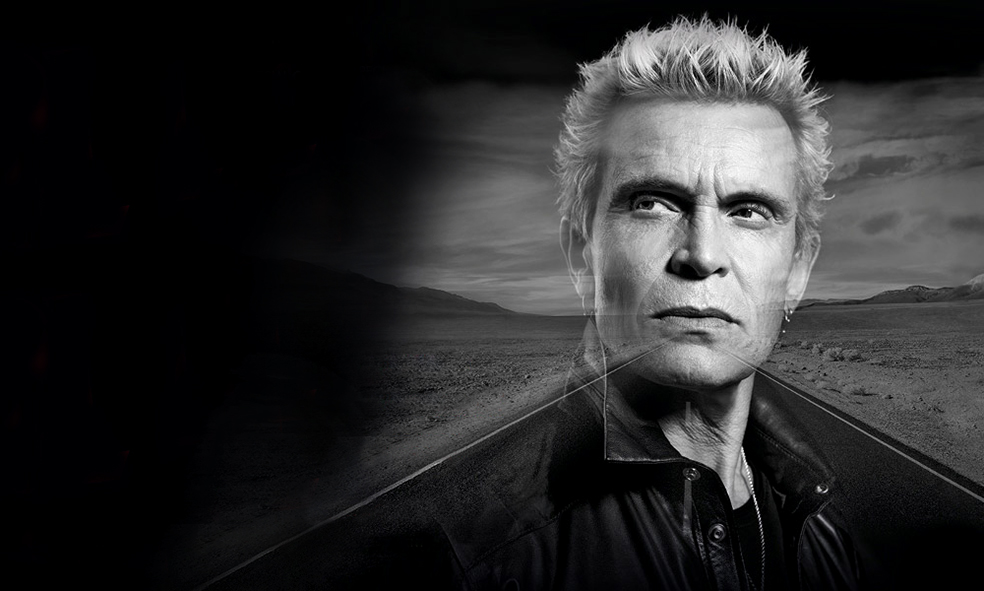