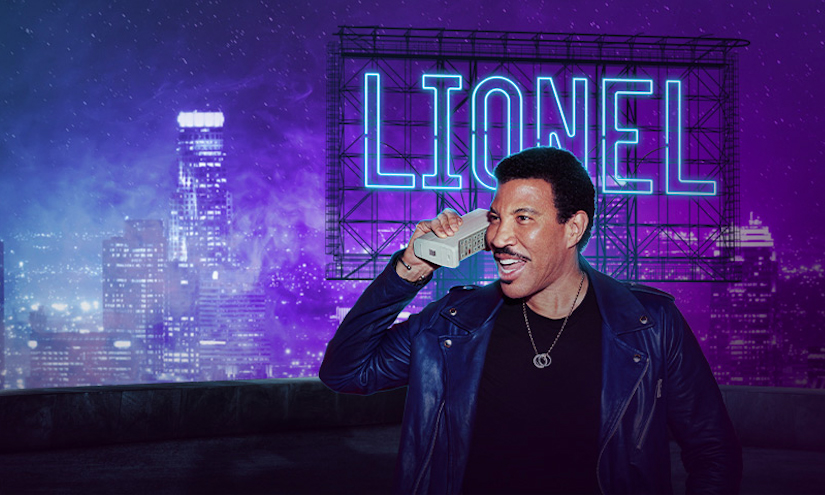 Hello, Lionel Richie is calling! The legend talks about starting in Motown, learning from Stevie Wonder and life being Lionel Richie

Hello, Lionel Richie is out on tour! He’s been Dancing On The Ceiling since the mobile phone was the size of a housebrick and now he’s coming to a socially distanced field or stadium near you soon. Before you needed zoom or a facemask to talk to someone, Andrew Threlfall went for a chat with Lionel.

A: What was the moment you knew you’d really arrived?
L: The first day I walked into Motown’s offices in 1972 my life was changed forever. I was the main songwriter with the Commodores but it felt more like my first day at the ultimate University…and my instructors in songwriting, my tutors in fact, were Marvin Gaye, Stevie Wonder, Smokey Robinson and the ultimate hit writing team of Holland, Dozier Holland. I couldn’t read music very well, so I learnt everything from all four of them about reading chords as well as the business side of things: crossover appeal, promotion and most importantly of all, from Marvin, Stevie and Smokey, how to be a successful black artist in America because these guys had already proved it. I was taught by the best how to do this job and it absolutely changed my life.

A: Of all the Motown artists was it your relationship with Stevie Wonder that felt the most special?
L: With Stevie, we would talk all the time at the (record) company and literally bump into each other in the corridors. He is an amazing hoot too. I liked him immediately because as far as the ego of an artist is concerned – he has it but as far as being a writer is concerned he is very unselfish in every other way. Stevie had Motown in his veins as he was there from the first Detroit days and he had a deeper affection for the label so teaching the young recruits to the label was a joy for him.

A: Motown was a very special family…
L: It absolutely was an amazing time on the label and I got to know Michael Jackson really well as he was also on Motown when I was there. Marvin and Stevie would show us both how to harmonize. But Michael was living his life as well as making his music in ways that were incredibly innovative. For me, I relished those chances to sing or even just hang out with Marvin and Stevie. By now I was so fortunate to be able to come up with a melody and a lyric, and that was my niche. I learnt both sides of the songwriting trade.

A: Have you always felt slightly unfashionable, the jumpers etc?
L: I have always tried to go the other way from what is currently ‘hip’, infact it’s a word I have striven to stay away from. The scariest moment in my life was when The Commodores wrote Brickhouse and we became ‘hip’ which means ‘today’, ‘right now’ and in the music business that means by 4pm tomorrow afternoon everyone else is copying your look, your sound and of course, the result is that, guess what, you are over. Record companies always want you to write what is redhot. But I love to experiment.

A: Musically you’ve always been innovative though.
L: Well, I’ve always tried to walk the tightrope to find the next sound.  I went through the first 20 years of my career trying to be Lionel Richie and I’m going through the next 30 enjoying being Lionel Richie.

A: Music apart, what’s your greatest gift?
L: I love stress. Whereas most people hate stress I love it because I like putting myself in fearful situations because I then have to perform to an excellent level. But when I’m on holiday I just lie as still as possible like a pebble. I was inspired by my grandmother who lived to well over a hundred to become a priest like sound in my head. Even if I was in Tokyo and it was three in the morning she would call me up from Alabama and give all of her problems to me…she would just call and say: “Roof has a leak in it” and ‘click’ the phone would go dead. It was hilarious.

A: Have you ever contemplated plastic surgery?
L: You can’t cut skin like mine. You can’t carve it because it leaves lines.

A: What would surprise people about you?
L: I’m a car fanatic. Fast cars.

A: When is the biopic happening?
L: I’ve been approached in the past by Hollywood about a book or a movie about my life but they always say to me ‘let’s talk about your ghetto experiences’ and I said “well, I lived on the college campus so I didn’t really have any”. So then they asked: “Ok, let’s talk about your father and mother breaking up…” and I said: “That never happened, my mother who was a school principal and my father who was a systems analyst were fine…” So then they asked: “Let’s talk about the struggle within your group The Commodores…” and I said: “Excuse me but I had a hit record in my senior year in college” and the producer turned round to me and said “This is the worst story I’ve heard in my whole life. There is no tragedy.” When I went through my divorce though several years ago the same guy called me up and said: “Your book’s getting better.” He basically wanted me to have a downfall and then to rise back up…perfect for a movie storyline.

A: What’s the downside about being Lionel Ritchie?
L: Being the songwriter as well as the performer can be a problem sometimes. I was at a party and everyone was there that I know from the music scene and suddenly a bright spark said “Heh, let’s get all of the singers in the room to sing, one by one each of Lionel’s hits.” At that point, Barbra Streisand and I both slid into a corner and a few minutes later we nodded and both went to the bathroom.

A: To discuss what key to sing in?
L: Are you kidding? We agreed that we should leave as soon as possible. I hate it when I walk into a shop and someone puts my music on.

The latest news and tickets for the Hello Lionel Richie tour can be found on
www.ticketmaster.co.uk/lionel-richie-tickets